The best nursery sites are bright, bold and easy to use with plenty of useful features for staff and parents alike. However, they are not all mobile-friendly. ... read more

The growth of mobile devices has led to a revolution in responsive website design. However many web designers have neglected to cater for bigger screens. ... read more 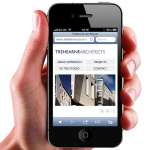 Google's algorithm update dubbed 'Mobilegeddon' was predicted to bring ruin to organisations whose sites are not mobile-optimised. ... read more

With new data from Comscore showing that smartphone penetration reached 55% in October 2012, there is more need than ever to ensure your web channels are mobile optimised. ... read more

The importance of mobile-optimised websites

Around half of the UK's population now owns a smartphone. With this figure on the rise, it is more important than ever that your website is optimised for mobile devices. ... read more